It is a grim beginning to a new decade. Yesterday, amid reports of confirmed cases from more than 100 countries, the World Health Organization declared COVID-19 a pandemic. Bracing for sustained economic damages stemming from the virus, governments across the globe (including the United States) are hastily putting together plans to boost public spending as a stimulus measure. However, for tens of millions of farmers in East Africa and South Asia, most of whom are already economically vulnerable, there is a much more pressing concern: locusts. In swarms numbering in the hundreds of billions—sometimes the size of Manhattan—the infestation is the worst seen in 25 years. And the worst may be yet to come. Here’s what you need to know.

Q1: Where did the locust swarms come from and why are they so bad this year?

A1: Desert locusts—such as Schistocerca gregaria, the most common species in East Africa right now—are grasshoppers that tend to lead solitary lives, functioning as a natural part of their ecosystems. Under certain conditions, however, locusts swarm “gregariously.” Two such conditions arguably directly from climate change: increased rainfall and large-scale global circulation change. The is moister deserts, which means more fertile breeding grounds. That, in turn, leads to more locusts. Once hatched, young locusts eat the vegetation that has sprung up with the increased rains. When that food is gone, they leave in search of more.

Q2: Have locust swarms been an issue in the past?

A2: 2020欧洲杯体育投注平台 Yes, but intermittently so—about a dozen times in the past century. The most recent instance occurred between 2003 and 2005 in Africa. Mauritania, Mali, Niger, and Sudan developed outbreaks simultaneously, eventually spreading to Egypt, Jordan, and Israel. According to the (FAO), “Ground and aerial operations in more than 20 countries treated nearly 130,000 km² of locust infestations. It took two years and more than US$ 400 million to bring the regional plague to an end.” That is no small figure, but it obscures the far greater costs estimated from harvest losses—some $2.5 billion.

Q3: How serious is the current locust plague for smallholder farmers?

A3: Very serious—“complex and extremely alarming,” to use the FAO’s most recent . Scouting reports from our colleagues at , an organization that works with hundreds of thousands of farmers in East Africa, indicate that the widening scope of the swarms forecasted by FAO may be wider still, extending into places not currently depicted in their .

Locust swarms can stretch hundreds of miles. One square mile of locusts can contain anywhere from 80 to 160 million insects. In a single day, an average swarm can cover 120 miles and destroy crops sufficient to feed 2,500 people for a year.

Q4: What are the most effective short-term and medium-term ways of dealing with the swarms?

A4: Donors should give the United Nations the rest of the measly $138 million it says it needs—about $86 million—to treat affected areas with targeted pesticide spraying. The likely alternative is underwriting famine relief in the face of widespread crop losses—the main source of food and income for millions of East Africans and South Asians. As the humanitarian community has , it is much cheaper to pay for disaster prevention than for disaster mitigation. Consider the 2011 drought in East Africa, the response for which cost well more $1 billion.

The FAO itself that pesticide application is not without very substantial . Pesticide poisoning claims 1 million lives a year. It can also contaminate surface and groundwater, degrade soil fertility, and irreparably damage ecosystems. This means that, in the medium term, early warning systems such as the FAO Commission for Controlling the Desert Locust and in the Western region, the FAO Emergency Prevention System, and the Famine Early Warning System are all imperative, cost-effective measures for controlling locust plagues—and hence the need for pesticides in the first place. There are alternatives to pesticides, too: new suggests sustainably growing alternative crops (like millet) that are less palatable to locusts could help deter swarms while improving crop yields.

Critical Questions is produced by the Center for Strategic and International Studies (CSIS), a private, tax-exempt institution focusing on international public policy issues. Its research is nonpartisan and nonproprietary. CSIS does not take specific policy positions. Accordingly, all views, positions, and conclusions expressed in this publication should be understood to be solely those of the author(s). 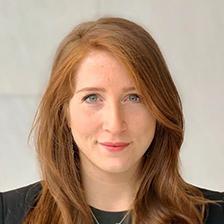 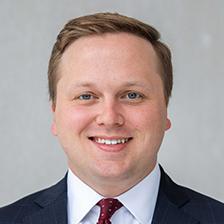 Most Recent From Eilish Zembilci 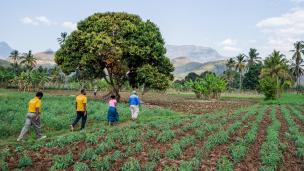 Bank to Plate: The Risky Business of Fruits and Vegetables in Tanzania
By Eilish Zembilci
October 31, 2019
Journal 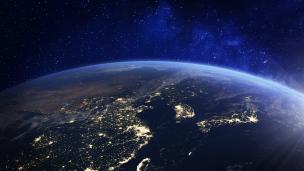